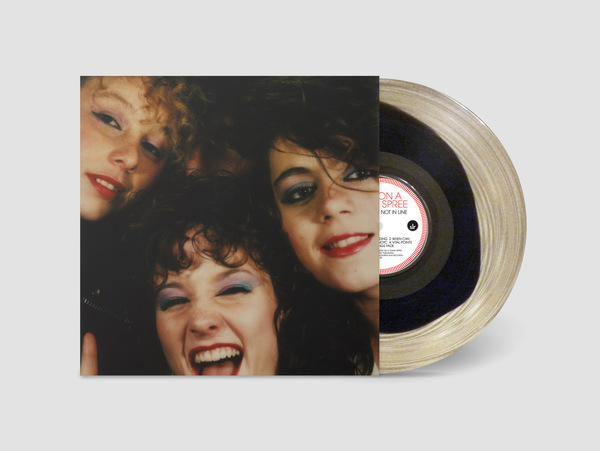 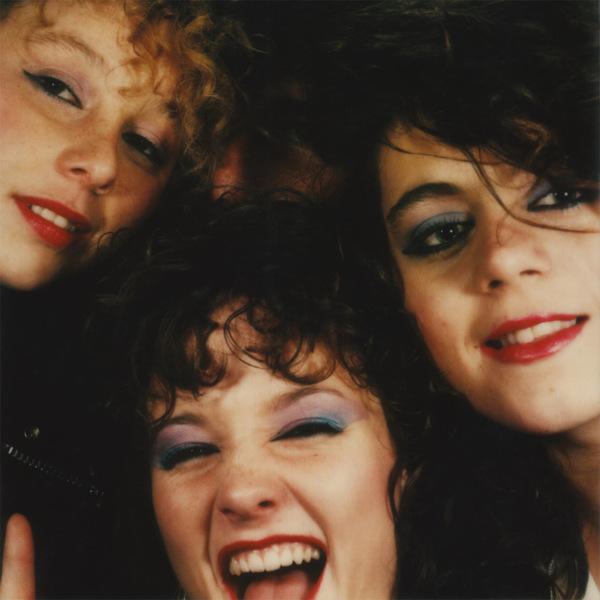 If you live outside Europe please order directly from Slumberland.

Good news, everyone! Kids On A Crime Spree are set to release a new record on Slumberland this coming winter. It's been over a decade since "We Love You So Bad" was released, the Bay Area indie band's ephemeral debut EP on Slumberland. Since then Kids On A Crime Spree have released a handful of solid noise-pop singles -- "Creep The Creeps" in 2013, and two 7" splits with Burnt Palms and Terry Malts in 2016 and 2017, respectively. All short, punchy, and to-the-point releases.

With the new record, however, Kids give us something their devoted fans have always wanted ... more! "Fall In Love Not In Line" is a 10-song full-length record, a first for them. Cut at 45rpm, the album clocks in at a brisk 25 minutes, and it's a solid assemblage of noise-pop exuberance in all respects. Singer-songwriter Mario Hernandez, drummer Becky Barron, and guitarist Bill Evans wrote and recorded "Fall In Love Not In Line" in Mario's analog home studio in Oakland, CA. You can feel the DIY charm that resulted from those sessions as soon as the needle drops.

The songwriting still has hints of a meticulous Brill Building inspiration filtered through the sonorous feedback of Henry's Dress and a sprightly ebullience reminiscent of The Aislers Set's perfect pop, but it handily transcends their influences into territory that's uniquely Kids. It's a move that Mario calls, "a conscious decision to move beyond our idols, both in recording method and lyrical content." In "When Can I See You Again?" Mario sings what feels like the perfect love song reprise for the current climate, "When can I see you again / When can I see you before our world ends / When can I see you again" as the song's melodic clamor comes to a soft fade.

Longtime Kids fans will still find the familiar pelting drum beats, bouncy basslines, unassuming ringing guitar lines, and Mario's distinctly melodic vocals. But there is more warmth here than in previous efforts; more shifting of tempos and melodies; a unity of purpose that can only come from years of playing together and listening to each other. The result is simply gorgeous.